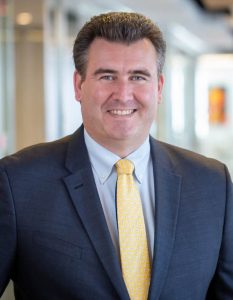 Jason E. Piatt is the founder of Piatt Law. His practice areas include litigation in both Federal and State courts as well as client counseling in a number of subject areas.

Prior to founding Piatt Law, Jason worked for an elite Washington D.C. law firm where he handled a number of complex federal and state court litigation matters around the country. He also participated in litigation internationally because of his in-depth technical and commercial knowledge and experience. Prior to that, he worked for the Allegheny County District Attorney’s Office in the Homicide, Narcotics, and Violent Crimes / Firearms Sections. He also worked for the Pennsylvania Office of Attorney General in their Civil Litigation Section. Jason also worked for Judge Thomas M. Hardiman of the U.S. Court of Appeals for the Third Circuit, Chief Judge Joy Flowers Conti of the U.S. District Court for the Western District of Pennsylvania, and Judge R. Stanton Wettick of the Allegheny County Court of Common Pleas. Jason also volunteered his time in the Duquesne Family Law Clinic. He earned the Pro Bono Law Student of the Year award from the Allegheny County Pennsylvania Bar Association. His legal work earned letters of citation from the Pennsylvania State Police, Pennsylvania Office of Attorney General, and the Governor of Pennsylvania.

Prior to his legal career, Jason owned a successful consulting business that assisted manufacturers under competitive pressure with operational improvement and technology development. Jason served as interim CEO for several manufacturing concerns and traveled globally to improve competitiveness. Prior to founding his consulting business, Jason held various tactical and executive positions in Engineering, Sales and Marketing, and Program Management with a leading power transmission component manufacturer. In addition to his industrial responsibilities, Jason has served as a member of the faculty at Penn State University in the Marketing, Business Administration, International Business, and Finance Departments. He has also taught at Pennsylvania College of Technology in Electrical and Mechanical Engineering Technology, Mathematics, and Physics.

Jason earned a Master of Laws in Trial Advocacy (LL.M.) with Honors from Temple University Beasley School of Law. He received his Juris Doctor magna cum laude from Duquesne University School of Law where he was a Dean’s Scholar, a McGinley Public Service Fellow, and was presented with the first-ever Distinguished Pro Bono certificate which honors students with over 1000 hours of pro bono service. His 1300+ hours of volunteer service set the record for pro bono hours by a law student in the school’s one-hundred-year history. He received his Bachelor of Science in Electrical Engineering with minors in Mathematics and Physics as well as his Master of Science in Electrical Engineering from Bucknell University. Jason also received a Master of Business Administration from Mount Saint Mary’s University. He earned an Executive Certificate in Technology, Operations, and Value Chain Management from the Sloan School at The Massachusetts Institute of Technology (MIT). Jason also completed his Six Sigma Black Belt training at the University of Michigan as well as additional graduate education at the Wharton School – University of Pennsylvania.

Jason has been an invited lecturer at Princeton University, Penn State’s Capital Campus, and numerous industrial functions. Jason has received numerous awards and recognitions including Senior Membership in the Institute for Electrical and Electronics Engineers (IEEE), membership in Sigma Xi Research Society, and designation as Young Engineer of the Year in 2009 for central Pennsylvania. In 2013, Jason was honored as Entrepreneur-in-Residence by Bucknell University. He has been a monthly columnist for IndustryWeek Magazine and has been referenced by the Wall Street Journal Radio Network and other leading publications.